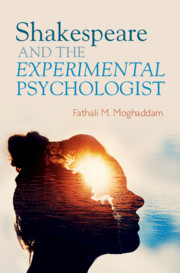 Shakespeare and the Experimental Psychologist