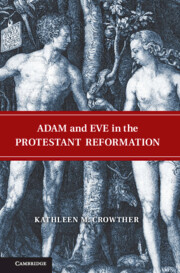 Adam and Eve in the Protestant Reformation