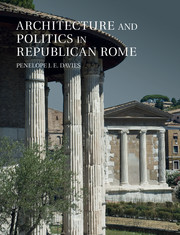 Architecture and Politics in Republican Rome