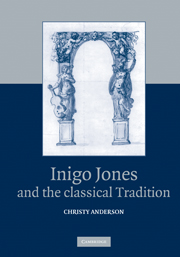 Inigo Jones and the Classical Tradition