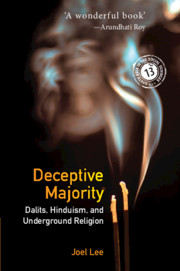 Part of South Asia in the Social Sciences