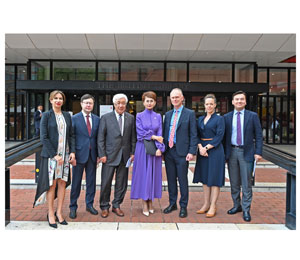 London, UK – September 25, 2019 – Two new anthologies celebrating Kazakhstan’s literature and culture have been translated into English for the first time and will be released in the UK, and over 90 countries worldwide, by the National Bureau of Translations in partnership with Cambridge University Press.

There will also be a panel discussion and Q&A with literary critics, academics, journalists, translators, editors and other invited guests.

The translation of these works is an initiative under the ‘Modern Kazakh Culture in the Global World’ project. Aimed at introducing Kazakh literature and culture to the world, this project is one of the pillars of the ‘Rukhani Zhangyru’ programme. This is an initiative designed by the First President of Kazakhstan, Nursultan Nazarbayev, to spur the country’s modernisation to become more competitive.

Peter Phillips, Chief Executive of Cambridge University Press, said: ‘This project promotes cross-cultural exhanges and gives the vast number of English-speaking students and scholars across the world access to a rich source of Kazakshtan’s literary heritage. Over the last decade, Cambridge has collaborated fruitfully with a number of Kazakhstan’s education institutions to help its teachers and learners. It’s a pleasure for the Press to partner with the National Bureau of Translations on this programme, to help strengthen and promote cultural ties and historical understanding across the globe.’

Aida Balayeva, Assistant to the President of the Republic of Kazakhstan and Secretary of the Rukhani Zhangyru programme, said: ‘Selected works of more than 60 Kazakhstani authors have been translated at once into six major languages of the world, published in partnership with the best printing houses of the UK, France, Spain, Egypt, China, and Russia. Their worldwide distribution is upcoming. It means that 2.6 billion people will have a chance to familiarise themselves with Kazakh literature masterpieces previously unaccessible to world audiences. This is the first comprehensive anthology of contemporary Kazakh

literature in foreign languages, and drawing on the positive response from this experience, we will continue working on this unprecedented project.’

The books will be accessible for free online via links to PDFs and audio formats, and print copies will be distributed to universities, libraries and research centres across 93 countries. In addition to English, the books will be published in the five other official UN languages – Arabic, Chinese, French, Russian and Spanish. 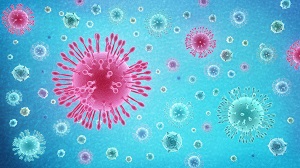 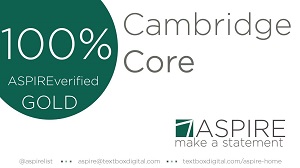