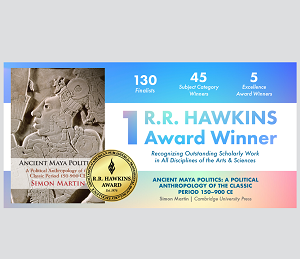 Cambridge University Press has won the top prize at this year’s PROSE Awards from the Association of American Publishers (AAP).

It was awarded the prestigious R.R. Hawkins Award for Ancient Maya Politics: A Political Anthropology of the Classic Period 150–900 CE by Simon Martin from the University of Pennsylvania. It is the first time a book from the Press has won the award.

Another Press title, David Merritt’s A Philosophical Approach to MOND: Assessing the Milgromian Research Program in Cosmology took this year’s PROSE Excellence Award in Physical Sciences and Mathematics, one of five Excellence Awards given to scholarly publications that are best-in-class each year.

Press titles came top in nine of the Award’s subject categories. Simon Martin and David Merritt’s books then went on to win PROSE Excellence Awards in Humanities and Physical Science and Mathematics respectively, with Simon’s work taking the ultimate PROSE prize, the prestigious R.R. Hawkins Award. The tally means the Press is the biggest single winner at this year’s awards.

In his book, Simon Martin uses recently deciphered inscriptions and fresh archaeological finds to shed light on the political organisation of the Classic Maya. He offers a comprehensive re-analysis of the issue in an effort to answer a simple question: how did a multitude of small kingdoms survive for some six hundred years without being subsumed within larger states or empires?

PROSE Chief Judge, Nigel Fletcher-Jones, said: “Simon Martin is a master of the material in terms of epigraphy, archaeology, and the theoretical aspects of political organization in the past. Ancient Maya Politics is a major advance in our understanding of the Maya and deserves recognition at the highest level.

“Cambridge University Press are also to be commended for producing an attractively designed volume that readily draws the reader into the discussion."

Mandy Hill, Managing Director of Academic Publishing at Cambridge University Press, said: “Winning at the PROSE Awards means a great deal to all of us at the Press, as they recognise both the outstanding scholarship of the works themselves and the partnership between author and publisher that’s vital to achieving publishing excellence. So it’s a real honour to have won two of this year’s top awards, including the prestigious R.R. Hawkins Award.

“I am also very proud that the depth and breadth of our publishing was recognised, with these awards in Archaeology and Cosmology alongside seven other subject category winners. That strength of publishing is thanks to our fantastic authors and our wonderful colleagues, whose hard work and passion for their subjects are so evident in these awards.”

A panel of 23 judges reviewed 595 entries to this year’s PROSE Awards program, elevating works that speak to the breadth, depth, and criticality of scholarly publishing.  Throughout January AAP announced the results of its program, narrowing the field from 130 Finalists to 45 Category Winners to the five Excellence Award winners, and the top prize, the R.R. Hawkins Award. 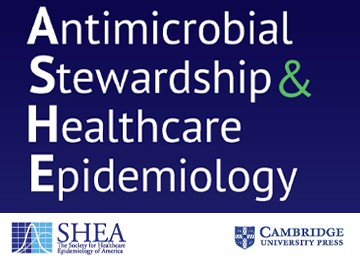 New journal will contribute to improvements in global healthcare 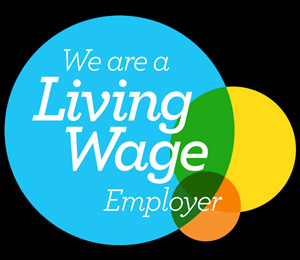 We are a Living Wage employer 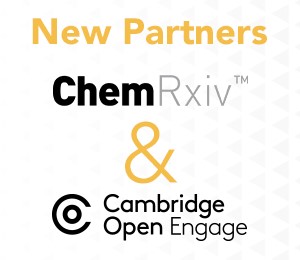