Cambridge Dictionary announces ‘upcycling’ as Word of the Year 2019 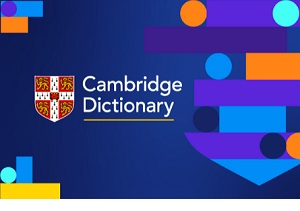 Cambridge Dictionary has announced upcycling, the activity of making new items out of old or used things, as Word of the Year 2019.

This word of the year was chosen based on the ‘Word of the Day’ that resonated most strongly with fans on the Dictionary’s Instagram account, @CambridgeWords. The word upcycling – defined as the activity of making new furniture, objects, etc. out of old or used things or waste material – received more likes than any other ‘Word of the Day’ when shared on 4 July 2019.

‘We think that our fans resonated with upcycling not as a word in itself but with the positive idea behind it,’ said Wendalyn Nichols, Publishing Manager of the Cambridge Dictionary. ‘Stopping the progression of climate change, let alone reversing it, can seem impossible at times. Upcycling is a concrete action a single human being can take to make a difference.

‘The number of times upcycling has been looked up on the Cambridge Dictionary website has risen by 181 per cent since December of 2011, when it was first added to the online dictionary, and searches have doubled in the last year alone. So it seems evident that lookups of upcycling reflect the momentum around individual actions to combat climate change—the youth activism sparked by Greta Thunberg, the growing trends of vegan, flexitarian and plant-based diets, reading and following the handbook There is No Planet B, or fashion designers upcycling clothes to create their latest collections.’

Other words on the shortlist for Word of the Year 2019 all reflect the same concern with the effects of climate change:

The Cambridge Dictionary editors use data from the website, blogs, and social media to identify and prioritise new additions to the Dictionary. They identified upcycling as a word to include back in 2011 after noticing a spike in searches for the word. A recent addition is the noun plastic footprint, defined as a measurement of the amount of plastic that someone uses and then discards, considered in terms of the resulting damage caused to the environment. This term, first identified by traditional citation gathering, received 1,048 votes in the New Words blog poll, with 61 per cent of readers saying it should be added to Cambridge Dictionary.

Cambridge University Press is also committed to reducing its impact on the environment. Across the world, the Press now sends zero waste to landfill. At its Cambridge office, the Press recently installed one of the UK’s largest flat roof solar installations - predicted to reduce the carbon footprint of the UK business by more than 20 per cent. The Press continues to work closely with the wider University of Cambridge and partners to ensure long-term commitment to environmental sustainability. 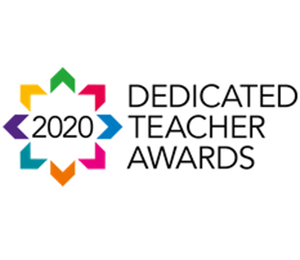 Partnership aims to lift millions of children out of learning poverty